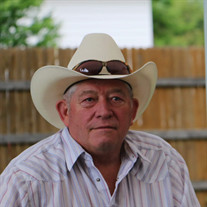 Albert August Reitz JR Albert “Ab” Reitz passed away on February 17, 2019, at his home in Warden, WA. He was born May 11, 1953, in Toppenish, WA to his parents Ila (Couch) Reitz and Albert Reitz SR (both deceased). He was the 2nd eldest of ten children and survived by his sisters Marlene Macken, Linda Reitz Traylor, Pam (Jack) Lepper, Twila (Gilbert) Hernandez, Kerry Reitz, Susie (Kent) Hall, and brother John (Carrie) Reitz and proceeded in death by brother in law Jim Macken, sisters Peggie (ED) Wurzer, and Sharon Reitz. Ab married his first wife Julie (Hardy) Sullivan in 1972 after graduating from Warden High School. Shortly after, they had daughter Stephanie (Teresa) Reitz. He married his 2nd wife, and love of his life Bonnie Reitz Blum in 1983 after adding Cristie Reitz and two daughters Shani Newkirk (Danny Fields) and Kelly (Jared) Scheller. Ab’s four grandchildren Korbin, Brittney, Drake, and Bella were the light of his life and could do no wrong in his eyes. Throughout his life, Ab was a true cowboy and loved to rodeo. He also raced oval and dirt track, was an avid hunter and fearless fisherman with the best “biggest fish” stories. Ab lived his 65 years the cowboy way and he impacted many lives on his wild ride. Per Ab’s wishes, there will be no funeral but there will be a “Celebration of Life” on Saturday, March 2nd, 2019 at the Porterhouse at 1-5PM. Further services, to include a BBQ, will be held May 11th, 2019 “Ab’s Birthday” at the Gilbert/Twila Hernandez residence. (Feel free to contact Stephanie or Cristie for address information) A Cowboy’s Prayer Our heavenly father, we pause at this time, mindful of the many blessings you have bestowed upon us. We ask, lord, that you be with us in the arena of life. We as cowboys don’t ask for special favors. We don’t ask to draw around the shoot fighting horse, the steer that won’t lay, or to never break the barrier. We don’t even ask for all day light runs, we do ask lord, that you will help us live our lives here on earth as cowboys, in such a way, that when we make that last inevitable ride, to the country up there, where the grass grows lush, green, and stirrup high, and the water runs cool, clear, and deep, that you will take us by the hand and say: “Welcome to Heaven cowboy, your entry fees are paid.”

The family of Albert August Reitz Jr created this Life Tributes page to make it easy to share your memories.