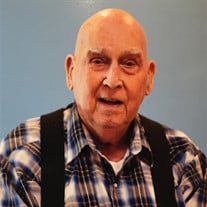 Albert Joseph Dinsmore (Al), 89, of Moses Lake, WA passed away on 23rdJanuary, 2018. Albert was born in Seattle, WA on 29th April, 1928 to Leona (Crawford) and Ellis Isaac Dinsmore. He and his 3 brothers (William, Robert and James) became orphans in 1937. Robert was taken in by a family, but the other 3 boys were sent to foster homes. Albert compared it to slave labor and said he had run away several times. Albert completed 8th grade and then due to the foster home situations, struck out on his own … He was a Civil Air Patrol Cadet but the dates are uncertain. In 1951 Al took a job as a mechanic with Studebaker Engine Company in Phoenix, AZ. He was inducted into the US Army on 13th March, 1951 in Phoenix, AZ and after training, was sent to Korea. Private First Class Albert Dinsmore, Infantry, Heavy Mortar Company, 19th Infantry Regiment, 24th Infantry Division, United States Army was wounded in action against the enemy near Hill 1101, North Korea on 19th October, 1951. He recuperated in Tokyo, Japan. He was awarded the Korean Service Medal with two Bronze Stars, United Nations Service Medal, Army Occupation Medal (Japan), Combat Infantry Badge, and the Purple Heart. In late January 1953, he returned to the states and on 28th February, 1953 he was released from active military service and transferred to the United States Army Reserve for a period of 5 years. In April 1953 Albert joined the International Brotherhood of Electrical Workers (IBEW) and was a sixty-four year member of Local 46 at the time of his death. Albert married Virginia May (Slusser) Copeland on 31stOctober (Halloween), 1953. Virginia had two children from a previous marriage, Donna Lee and Maurice J Copeland. She and Albert loved camping with friends and the grandkids, fishing and traveling the western states and Canada. They were married for 31 years until her passing on 20th January, 1985. On 13thAugust, 1954 at age 26, Albert went to work as an Electrician with the Puget Sound Bridge and Dredge Company, for the US Coast Guard at Submarine Base Bangor, Silverdale, WA. On 18th September, 1956 Albert was honorably discharged from the Army of the United States of America. He worked for Lockheed Shipbuilding and Construction Company in 1965 and was a member of Local Union 112, Pasco / Kennewick, WA. Albert worked on some amazing projects like the Ballard Fisherman’s Terminal. When he finished wiring the pay-showers, they dropped in a quarter to test the first one and all of the showers came on. That’s when he earned the nickname; “Damnit Dinsmore”. He worked on the Space Needle, Hoover Dam, the decommissioning of several dams on the Olympic Peninsula and the Kingdome. In February 1976 while wiring the Kingdome, he took time out to give a tour to just-married granddaughter Gina and her new husband Jim. He was working at the Southgate Mall in 1986 when met his soulmate Gloria in Kmart. It began over a discussion about gas grills versus Hibachis and they were married on 15thApril (Tax Day), 1989. Albert retired in 1990 and began a 20 year Road Trip with Gloria. Together they traveled to 49 of the 50 states including Alaska, missing Hawaii. Researching the Dinsmore family history which includes founding the Butterfield Stage Company and “topping-out the trail” in the Klondike Gold Rush; as well as the Crawford and Hick families. They crisscrossed America searching graveyards, courthouse records and visiting with kinfolk. Al carried a tattered little notebook with his army buddies’ information thru which he found and visited many of them. HQ was always Albuquerque, NM. Albert moved to Moses Lake on 17thApril, 2009 to be near his grandchildren. He sold his last motorhome and moved into the Hearthstone Inn where he made several lasting friendships and earned the nickname, “Al, Al, Al”. His last years were spent at the wonderful Monroe House where he appreciated the care and loved (and teased) the staff members. He passed away in his sleep on 23rd January, probably dreaming of faraway places. Albert was preceded in death by his mother Leona with her infant child, his father Ellis, his brothers William, Robert and James, a sister Mary Louisa, his wife Virginia, his stepdaughter Donna Lee, and his grandson Michael Edward Ritter. He is survived by his stepson Maurice Copeland (Dick Dorisse) of Palm Desert, CA, grandchildren Gina (Jim) Weber of Ritzville, WA, Elisabeth (Chris) Hardy of Beaverton, OR, Patti (Bruce) Gering of Moses Lake, WA, Barbara (Paul) Theroux of Long Beach, CA, Margaret (Phil) Greer of Littleton, NC, and William (Lori) Ritter of Salem, OR, six great-grandchildren and seven great-great-grandchildren, numerous nieces and nephews and his sweetheart Gloria Hicks-Jones of Albuquerque, NM. Albert had a non-stop sense of humor and was always ready with a joke or a wisecrack. Almost every visit would end with these words; “Glad you got to see me!” or “Have a rotten day!” A private memorial service for Albert will be held with military honors. In lieu of flowers, memorials can be made in Albert’s name to the following; American Legion Post #209, SemperFifund.org, LilacBlind.org or Boy Scouts of America at grandcolumbia.org. Please share a memory with the family at www.kayserschapel.com Arrangements are in care of Kayser's Chapel. Goodbye Papa.

The family of Albert Dinsmore created this Life Tributes page to make it easy to share your memories.